£5 commemorative bullion coins in gold and silver were issued in 2021. 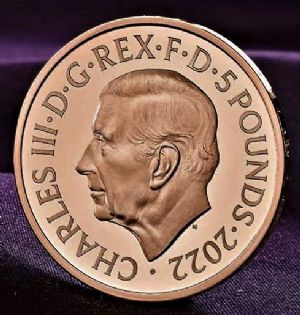 On Thursday 8 December 2022 the first of the normal United Kingdom coinage - the 50 pence - was issued by the Royal Mint in Llantrisant, Wales. 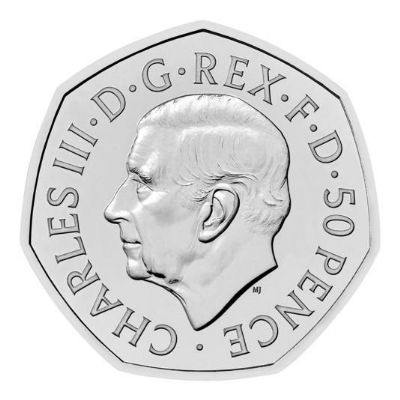 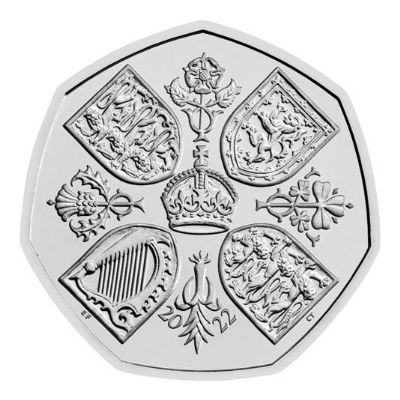 The design sculptor was Martin Jennings and, as is traditional, his initials appear on the face of the coin just below the head of the monarch.  He used pictures of King Charles on his 70th birthday to create the image, which faces to the left.  This follows centuries of tradition where the profiles alternate between left and right but as with previous kings he wears no crown, unlike his mother Queen Elizabeth II.

The reverse side of the coin is the same as that used on the 1953 Crown (5 shillings) struck to commemorate the coronation of Queen Elizabeth II.  It is based on the four quarters of the Royal Arms and between each are the emblems of the four nations which make up the United Kingdom - a rose for England, a shamrock for Northern Ireland, a leek for Wales and a thistle for Scotland.

Further coins will be issued in due course.