some Flags of Wales 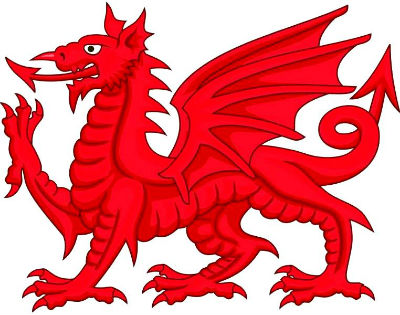 The modern flag of Wales features the red dragon of Cadwaladr ap Cadwallon (also spelled Cadwalader).  He was King of Gwynedd in north Wales from around 655 to 682 AD.

The Chronicler Geoffrey of Monmouth portrayed him as the last in an ancient line to hold the title King of Britain.

The present Welsh flag's white and green background (below) represent the colours of King Llywelyn the Great.  Llywelyn, full name Llywelyn ap Iorwerth (c. 1173 – 11 April 1240), was also a King of Gwent in south Wales.  Eventually he ruled all of Wales for about 45 years.

The Flag of Wales 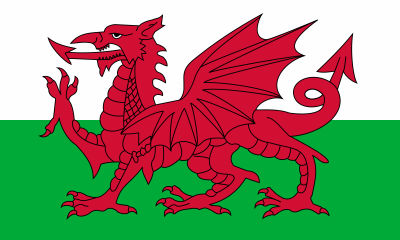 Royal Badge of Wales after its augmention of honour 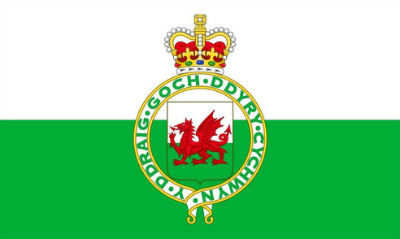 The Banner is based on the Flag of Wales with the addition, in the 'fly', of the Ancient Banner of the Knights Templar (black over white) overlaid with one of the traditional emblems of the Order (a red Maltese Cross).  The dragon also holds an augmentation of the Maltese Cross (reversed green over white).